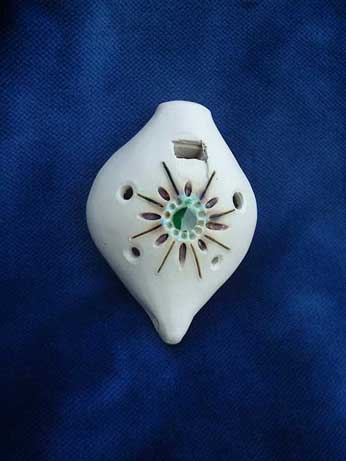 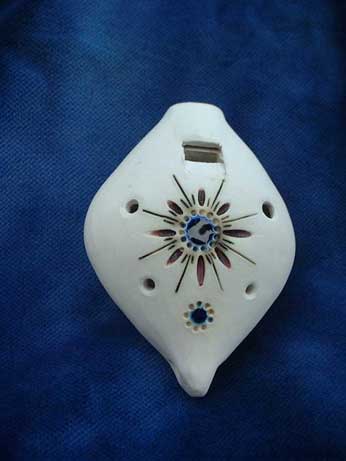 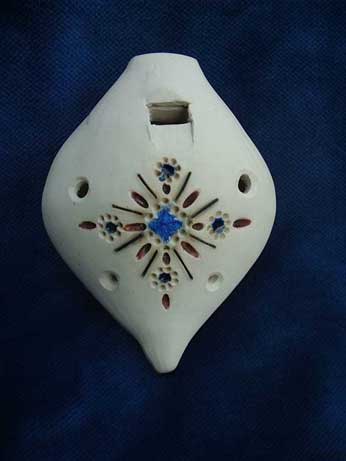 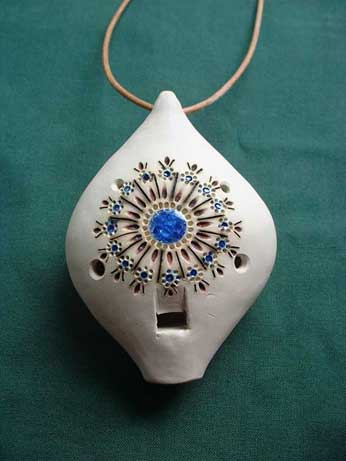 The ocarina is a small clay flute with a recorder mouthpiece.

Clay flutes have been known for several thousand years. Usually they were just simple pipes with 1 to 3 tones. They had a protective character and were used as talismans. Newborns and unbaptized children were given a clay pipe to protect them from evil spirits. Ultimately, bird figures on the chimney or the bird-like handle on the lid of a soup tureen can also be traced back to a pipe that was supposed to protect the house or the food from evil influences. Often these pipes were shaped like animals, mostly as birds or roosters, but also as horses, bulls, owls and much more.

The pipes were used as children's toys for a long time and were popular at festivals and fairs. Mostly bird calls were imitated. The clay flute did not develop as a real flute until the last century. An Italian potter formed a flute out of clay, the shape of which was held transversely and had a beak as a mouthpiece. This shape made the flute look a bit like a little duck, which in Italian means ocarina. This is how the clay flutes got their name, which then became internationally accepted.

Today there are many forms and variants of the ocarina. The number of finger holes, the fingerings and the range can vary widely. There are single-part flutes, but also two- and three-part flutes. There are small ones with a high tone and large ones with a very deep tone. The ocarina became known and popular again in the 1990s through the computer game Zelda.
As a flute, the ocarina belongs to the vessel flutes. Vessel flutes do not have a tube open at the bottom like most other flutes, but a ball-like closed vessel. Even if the mouthpiece is the same as that of a recorder, the shape of the vessel creates a different vibration and the sound is softer, not as shrill and deeper than one would assume based on the size of the flute.

We manufacture our clay flutes entirely by hand from fine white ceramic mass. So with every flute you have a unique piece in your hands.
After shaping and designing with glass and glaze raw materials, the flute is tuned chromatically with six finger holes and covers the range of an octave. The different sizes create flutes in all imaginable basic moods.

In result of many demand for music for the ocarina, we made ourself a small music-book. It is a collection of 64 melodies from middelages and Renaissance, from easy to more difficult melodies of dances and songs, which are specially prepared for the ocarina. 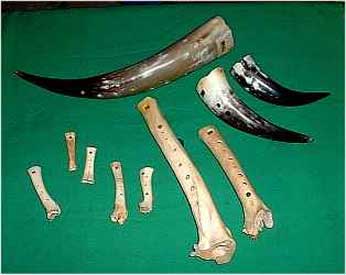 Rather uncommon but similar to the idea of the clay flute, the body of the flute is a hollow bone. Bone flutes have been produced for thousands of years.
Our flutes are made to a large extent from sheep and goat bones. The natural density of each bone produces each flute's unique tone. Rare pieces are made from stag bones. Such pieces are only sometimes available.
Special orders can be taken.

If you want to see and know more about bone-flutes please look at www.knochenfloeten.de 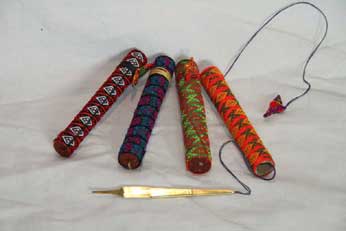 Another form of the jews harp comes from Vietnam. Made from pure brass and especial slim.
Each one comes with a case from bamboo for security on travelling.
We offer them in small (light sound) and large (dark sound), and with a double tongue 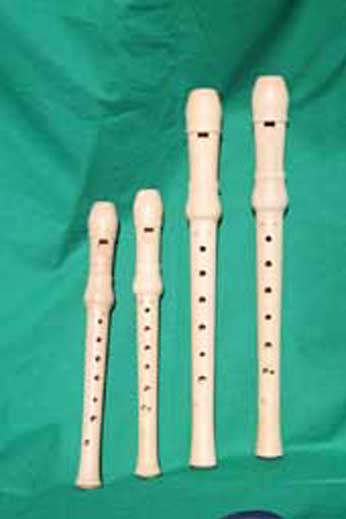 This flutes have a very clear fine sound, even at the deep notes. They overblow easy in the second octave.

and Tenor recorder in Do (C) 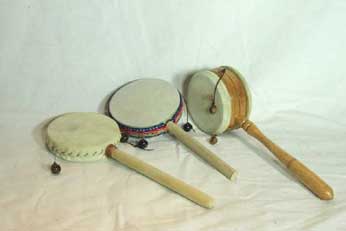 Turned on the handle, the balls on the ribbons hit the drum skins. Played slowly it can have a calming effect, with a fast tempo it becomes a loud drumming which attracts attention.

in different sizes, wood with goatskin